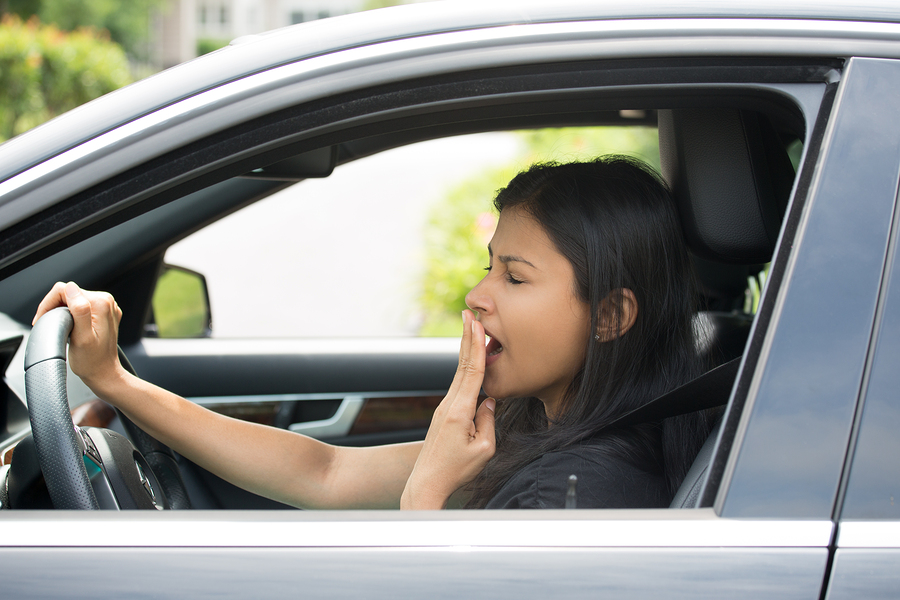 We all have the occasional night where we just can’t manage to fall asleep or stay asleep long enough to feel rested. However, according to the Centers for Disease Control and Prevention (CDC), insufficient sleep is rapidly becoming a public health epidemic, with lack of quality slumber linked to motor vehicle crashes, industrial disasters and medical errors as well as a number of chronic diseases. In fact, the National Sleep Foundation reports that 20 percent of American adults show signs of chronic sleep deprivation including decreased performance and alertness as well as memory impairment.

According to WebMD, losing as little as 1.5 hours of sleep one night can reduce daytime alertness by as much as 32 percent. This might not seem like a big deal—especially if you spend most of your workday sitting at a desk—but the less alert you are, the slower your reaction time. This can make you more prone to accidents in your home and place of business as well as behind the wheel of your car. The National Highway Traffic Safety Administration has conservatively estimated that driver fatigue causes 100,000 police-reported crashes every year, resulting in 1,550 deaths and 71,000 injuries.

Poor sleep also impairs your memory and cognitive ability. Research cited by the National Sleep Foundation found that loss of less than a half night’s sleep can alter the normal behavior of brain cells, negatively impacting your ability to think and process information. When you’re tired, you’re less able to focus, missing fine details and putting information together incorrectly as a result. Depending on your occupation, this can lead to life-threatening errors at work.

Sleep deprivation can put a strain on your home life as well. If your partner’s habits (snoring, tossing and turning) are causing you to lose sleep, it can add stress to your relationship. And when you’re tired, you’re less likely to feel like doing usually fun things such as playing with your children, going to the movies with friends, or exercising.

While a single restless night can certainly wreak havoc on your day, chronic insufficient sleep can have serious long-term consequences. These include increasing your risks of developing high blood pressure, heart failure, and obesity as well as having a heart attack or stroke. Lack of sleep can also lead to psychiatric problems such as depression and attention deficit disorder.

According to WebMD, numerous studies have shown an increased mortality risk for adults who report sleeping less than six or seven hours each night. One study even discovered that lack of sleep increases mortality risk more than smoking, high blood pressure or heart disease does.

What You Can Do

The American Sleep Disorders Association recognizes more than 85 sleep disorders—ranging from insomnia to sleep apnea—that affect more than 70 million people. Unfortunately, most cases remain undiagnosed and untreated. If you believe you are suffering from chronic sleep deprivation, talk to your doctor. And if you suffer from even the occasional night of low-quality sleep, you may want to speak with your auto insurance agent about increasing your coverage. According to the National Sleep Foundation, courts have awarded crash victim families multi-million dollar settlements in the past as a result of drowsy driving lawsuits.